This volume presents a comprehensive analysis of global future scenarios and their impact on a growing, shared culture. Ever since the end of the Cold War, a diverse range of future concepts has emerged in various areas of academia―and even in popular journalism. A number of these key concepts―‘the end of history,’ ‘the clash of civilizations,’ ‘the coming anarchy,’ ‘the world is flat,’ ‘soft power,’ ‘the post-American century’―suggest what could become characteristic of this new, interconnected world. Ulf Hannerz scrutinizes these ideas, considers their legacy, and suggests further dialogue between authors of the ‘American scenario’ and commentators elsewhere.

This book is a detailed exploration and analysis of the rise of a publishing genre providing speculative, global, and comprehensive accounts of near term geopolitical trajectories. In exploring these works from an Anthropological perspective, Hannerz focuses primarily on textual materials – the books and articles themselves, ancillary publications by the same authors, and their textual afterlives as evident in subsequent commentaries, reviews, and, occasionally, debates. Such works clearly figure saliently and, at times, consequentially in the shaping of public and policy discourses around international relations, politics, and the ongoing explanation of emergent global phenomena.

Ulf Hannerz is Professor Emeritus of Social Anthropology at Stockholm University, Sweden, and a member of the Royal Swedish Academy of Sciences. A former Chair of the European Association of Social Anthropologists, he has taught at American, European, Asian, and Australian universities, and has carried out field studies in West Africa, the Caribbean, and the United States, as well as a multi-site study of the work of news media foreign correspondents. 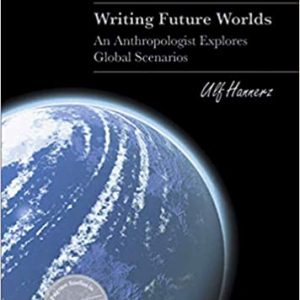