Introducing the core theories, concepts, and issues concerning race and ethnic relations in the United States.

Understanding Race and Ethnic Relations examines the historically complex nature of intergroup communication. The text takes interpersonal relations into account within the larger context of society to understand cross-cultural interaction as a whole. Social science theory, research, and analysis are applied to scrutinize historical patterns that have shaped modern cultural relations.

The Fifth Edition uses core sociological concepts to examine intergroup relations from a non-objective standpoint. Beginning with a general examination of culture, social class, and the notion of power, the text broadens to help students understand the root of discrimination and conflict by applying sociological theory. Widely celebrated throughout the globe, this text presents the very real issues of discrimination, conflict, and misunderstanding through a realistic, factual lens.

Born and raised in Paterson, New Jersey, Vincent N. Parrillo experienced multiculturalism early as the son of a second-generation Italian American father and Irish/German American mother. He grew up in an ethnically diverse neighborhood, developing friendships and teenage romances with second- and third-generation Dutch, German, Italian, and Polish Americans. As he grew older, he developed other friendships that frequently crossed racial and religious lines.

Professor Parrillo came to the field of sociology after first completing a bachelor’s degree in business management and a master’s degree in English. After teaching high school English and then serving as a college administrator, he took his first sociology course when he began doctoral studies at Rutgers University. Inspired by a discipline that scientifically investigates social issues, he changed his major and completed his degree in sociology.

Leaving his administrative post but staying at William Paterson University, Prof. Parrillo has since taught sociology for more than 30 years. He has lectured throughout the United States, Canada, and Europe and has regularly conducted diversity leadership programs for the military and large corporations. His keynote address at a bilingual educators’ conference was published in Vital Speeches of the Day, which normally contains only speeches by national political leaders and heads of corporations and organizations.

Prof. Parrillo was a Fulbright Scholar in the Czech Republic and Scholar-in-Residence at the University of Pisa. He was the keynote speaker at international conferences in Belgium, Canada, Denmark, Germany, Italy, Poland, and Sweden. He has met with government leaders, nongovernment agency leaders, law enforcement officials, and educators in more than a dozen countries as a consultant on immigration policy, hate crimes, and multicultural education. He has done on-air interviews with Radio Free Europe and Voice of America, appeared on national Canadian television, and been interviewed by numerous Canadian and European reporters.

Prof. Parrillo’s ventures into U.S. media include writing, narrating, and producing two PBS award-winning documentaries, Ellis Island: Gateway to America and Smokestacks and Steeples: A Portrait of Paterson. Contacted by reporters across the nation for his views on race and ethnic relations, he has been quoted in dozens of newspapers, including the Chicago Sun-Times, Cincinnati Inquirer, Houston Chronicle, Hartford Courant, Omaha World-Herald, Orlando Sentinel, and Virginian Pilot. He has appeared on numerous U.S. radio and television programs.

Prof. Parrillo is also the author of Strangers to These Shores, tenth edition, Contemporary Social Problems, sixth edition (Allyn & Bacon), Cities and Urban Life, fourth edition (with John Macionis), Diversity in America, second edition, and Rethinking Today’s Minorities. His articles and book reviews have appeared in journals such as The Social Science Journal, Sociological Forum, Social Forces, Journal of Comparative Family Studies, Journal of American Ethnic History, and the Encyclopedia of American Immigration. He is General Editor of the Encyclopedia of Sociology for Sage Publications. Several of his books and articles have been translated into other languages, including Chinese, Czech, Danish, German, Italian, Japanese, Polish, and Swedish.

An active participant in various capacities throughout the years in the American Sociological Association and Eastern Sociological Society, Prof. Parrillo has been listed in Who’s Who in International Education, Outstanding Educators of America, American Men and Women of Science, and Who’s Who in the East. In 2004, he received the Award for Excellence in Scholarship from William Paterson University. In March 2005, the Eastern Sociological Society named him its Robin M. Williams, Jr. Distinguished Lecturer for 2005–2006, and elected him as its vice president for 2008–2009. 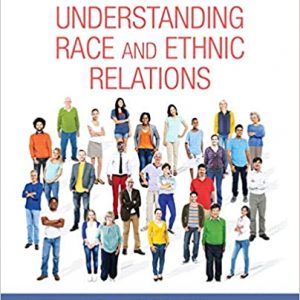