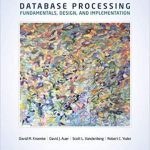 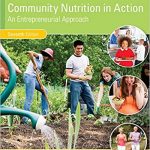 Bridging classical models and modern topics, the Fifth Edition of Time Series Analysis: Forecasting and Control maintains a balanced presentation of the tools for modeling and analyzing time series. Also describing  the latest developments that have occurred in the field over the past decade through applications from areas such as business, finance, and engineering, the Fifth Edition continues to serve as one of the most influential and prominent works on the subject.

Time Series Analysis: Forecasting and Control, Fifth Edition provides a clearly written exploration of the key methods for building, classifying, testing, and analyzing stochastic models for time series and describes their use in five important areas of application: forecasting; determining the transfer function of a system; modeling the effects of intervention events; developing multivariate dynamic models; and designing simple control schemes.  Along with these classical uses, the new edition covers modern topics with new features that include:

The late Gwilym M. Jenkins, PhD, was professor of systems engineering at Lancaster University in the United Kingdom, where he was also founder and managing director of the International Systems Corporation of Lancaster. A Fellow of the Institute of Mathematical Statistics and the Institute of Statisticians, Dr. Jenkins had a prestigious career in both academia and consulting work that included positions at Imperial College London, Stanford University, Princeton University, and the University of Wisconsin-Madison. He was widely known for his work on time series analysis, most notably his groundbreaking work with Dr. Box on the Box-Jenkins models.

The late Gregory C. Reinsel, PhD, was professor and former chair of the department of Statistics at the University of Wisconsin-Madison. Dr. Reinsel’s expertise was focused on time series analysis and its applications in areas as diverse as economics, ecology, engineering, and meteorology. He authored over seventy refereed articles and three books, and was a Fellow of both the American Statistical Association and the Institute of Mathematical Statistics.

Greta M. Ljung, PhD, is a statistical consultant residing in Lexington, MA. She received her doctorate from the University of Wisconsin-Madison where she did her research in time series analysis under the direction of Professor George Box.  Dr. Ljung’s career includes teaching positions at Boston University and Massachusetts Institute of Technology, and a position as Principal Scientist at AIR Worldwide in Boston. Her many accomplishments include joint work with George Box on a time series goodness of fit test, which is widely applied in econometrics and other fields.