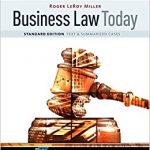 Discover the challenge of pursuing justice in our society and learn about the role we as individuals play in the criminal justice system. This classic best seller examines criminal justice across several disciplines, presenting elements from criminology, sociology, law, history, psychology, and political science. Broad coverage of the facts, an interesting writing style, and compelling examples of current events make THE AMERICAN SYSTEM OF CRIMINAL JUSTICE, now in its 16th Edition, one of the best and most popular texts on the criminal justice system available.

The late George F. Cole was professor emeritus of political science at the University of Connecticut. He was recognized for outstanding teaching and research and in 1995 was named a fellow of the Academy of Criminal Justice Sciences. A specialist in the administration of criminal justice, Dr. Cole published extensively on such topics as prosecution, courts and corrections. He also developed and directed the graduate corrections program at the University of Connecticut and was a fellow at the National Institute of Justice (1988). Among his other accomplishments, Dr. Cole was granted two awards under the Fulbright-Hays Program to conduct criminal justice research in England and the former Yugoslavia.

Christopher E. Smith is Professor of Criminal Justice at Michigan State University (MSU). He earned degrees at Harvard University, the University of Bristol (England), the University of Tennessee, and the University of Connecticut. Trained as a lawyer and social scientist, he is the author of 25 books and more than 120 scholarly articles on law, courts, and criminal justice policy. He has been recognized as an outstanding teacher with MSU’s “Teacher-Scholar Award” and “Social Science Alumni Association Outstanding Teaching Award.” His other books with Cengage Learning include CRIMINAL JUSTICE IN AMERICA, 9th Edition, LAW AND CONTEMPORARY CORRECTIONS, CONSTITUTIONAL RIGHTS: MYTHS AND REALITIES, and CRIMINAL PROCEDURE.

Christina DeJong is an associate professor of criminal justice at Michigan State University. She earned her Ph.D. in criminal justice and criminology at the University of Maryland and her B.A. in sociology from the University of Texas at Austin. Her scholarly research on topics such as genocide, recidivism, domestic violence and police-community interactions has been published in numerous journals, including Criminology, Justice Quarterly, Feminist Criminology and The Journal of Family Violence. Dr. DeJong’s current research focuses on gender and sexuality issues in criminology and criminal justice as well as violence against women in conflict and genocide. A member of the Michigan State University faculty since 1994, she has taught courses on research methods, statistical analysis, genocide and women and criminal justice. She is also a co-author of Cengage Learning THE AMERICAN SYSTEM OF CRIMINAL JUSTICE.