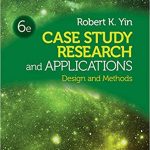 Ideal for anyone embarking on or considering a career in the helping professions, BECOMING A HELPER, Seventh Edition, provides an overview of the stages of the helping process while teaching readers the skills and knowledge they need to become successful helping professionals. Drawing on their years of experience, Corey and Corey focus on the struggles, anxieties, and uncertainties often encountered on the road to becoming effective helpers. They also emphasize self-reflection on a number of professional issues. Finally, the authors help readers decide if a career in the helping professions is right for them by asking them to take a candid look at the demands and strains they’ll face in the field.

Gerald Corey is Professor Emeritus of Human Services and Counseling at California State University at Fullerton. He regularly teaches both undergraduate and graduate courses in group counseling and ethics in counseling. He received his doctorate in counseling from the University of Southern California. Dr. Corey is a Diplomate in Counseling Psychology, American Board of Professional Psychology; a licensed psychologist; and a National Certified Counselor. He is a Fellow of the American Psychological Association (Division 17, Counseling Psychology; and Division 49, Group Psychotherapy); a Fellow of the American Counseling Association; and a Fellow of the Association for Specialists in Group Work. He and Marianne Schneider Corey received ASGW’s Eminent Career Award in 2001 and the American Mental Health Counselors Association’s Lifetime Achievement Award in 2011. He received the Outstanding Professor of the Year Award from California State University at Fullerton in 1991. Dr. Corey is the author or co-author of 16 textbooks in counseling currently in print, along with more than 60 journal articles and book chapters. He has published six books with the American Counseling Association, including THE ART OF INTEGRATIVE COUNSELING, Fourth Edition (2019). Other Cengage titles he has authored or co-authored include ISSUES AND ETHICS IN THE HELPING PROFESSIONS, 10th Edition (2019), GROUPS: PROCESS AND PRACTICE, 10th Edition (2018), I NEVER KNEW I HAD A CHOICE, 11th Edition (2018), THEORY AND PRACTICE OF COUNSELING AND PSYCHOTHERAPY, 10th Edition (2017), THEORY AND PRACTICE OF GROUP COUNSELING, Ninth Edition (2016), GROUP TECHNIQUES, Fourth Edition (2015) and CASE APPROACH TO COUNSELING AND PSYCHOTHERAPY, Eighth Edition (2013). Dr. Corey also has made several educational DVD programs on various aspects of counseling practice, which are available through Cengage. 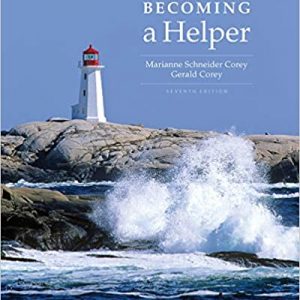