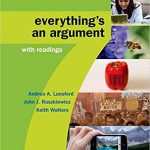 A History of World Societies offers an extensive program of primary source assignments to help students master a number of key learning outcomes, among them critical thinking, historical thinking, analytical thinking, and argumentation, as well as learning about the diversity of world cultures. The new edition offers in each chapter two sets of paired primary documents on a topic that illuminates the human experience, allowing us to provide more concrete examples of differences in the ways people thought. Anyone teaching world history has to emphasize larger trends and developments, but students sometimes get the wrong impression that everyone in a society thought alike. We hope that teachers can use these passages to get students thinking about diversity within and across societies. The 66 Viewpoints assignments — two in each chapter — introduce students to working with sources, encourage critical analysis, and extend the narrative while giving voice to the people of the past. Carefully chosen for accessibility, each pair of documents presents views on a diverse range of topics. NEW Viewpoints topics include “Addressing the Gods in Mesopotamia and Egypt”; “The Inglorious Side of War in the Book of Songs and the Patirruppattu”; “Hellenistic and Chinese Spells”; “Freeing Slaves in Justinian’s Code and the Qur’an”; early Chinese and Portuguese accounts of Africa; Protestant and Neo-Confucian ideas on behavior; “Jahangir and Louis XIV on Priorities for Monarchs”; “Jean-Jacques Rousseau and Mary Wollstonecraft on Women’s Nature and Education”; perspectives on Indian cotton manufacturing in India and Britain; “African Views of the Scramble for Africa”; the abolition of slavery in the Americas; and women activists in Mexico.

Each chapter also continues to include a longer primary source feature titled Listening to the Past, chosen to extend and illuminate a major historical issue considered in each chapter. The feature presents a single original source or several voices on the subject to help instructors teach the important skills of critical thinking and analysis. Each opens with an introduction and closes with questions for analysis that invite students to evaluate the evidence as historians would. Selected for their interest and significance and carefully placed within their historical context, these sources, we hope, allow students to “hear the past” and to observe how history has been shaped by individuals. NEW topics include “The Teachings of Confucius”; “Gregory of Tours on the Veneration of Relics”; “Courtly Love Poetry”; “Stefan Zweig on Middle-Class Youth and Sexuality” (in early-twentieth-century Europe); “Reyita Cas tillo Bueno on Slavery and Freedom in Cuba”; “C. L. R. James on Pan-African Liberation”; and lyrics from a Brazilian band on globalization.

In addition to using documents as part of our special feature program, we have quoted extensively from a wide variety of primary sources within the narrative, demonstrating in our use of these quotations that they are the “stuff ” of history. Thus primary sources appear as an integral part of the narrative as well as in extended form in the Listening to the Past and expanded Viewpoints chapter features. New assignable Online Document Projects in Launch- Pad offer students more practice in interpreting primary sources. Each project, based on the Individuals in Society feature described in the next section, prompts students to explore a key question through analysis of multiple sources. Chapter 22’s project, for example, asks students to analyze documents on the complexities of the Haitian Revolution and the conditions that made Toussaint L’Ouverture’s story possible. Auto-graded multiple-choice questions based on the documents help students analyze the sources. Finally, we have revised our primary source documents collection, Sources for World Societies, to add more visual sources and to closely align the readings with the chapter topics and themes of the tenth edition. 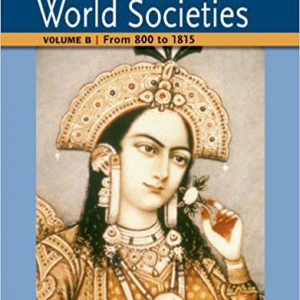